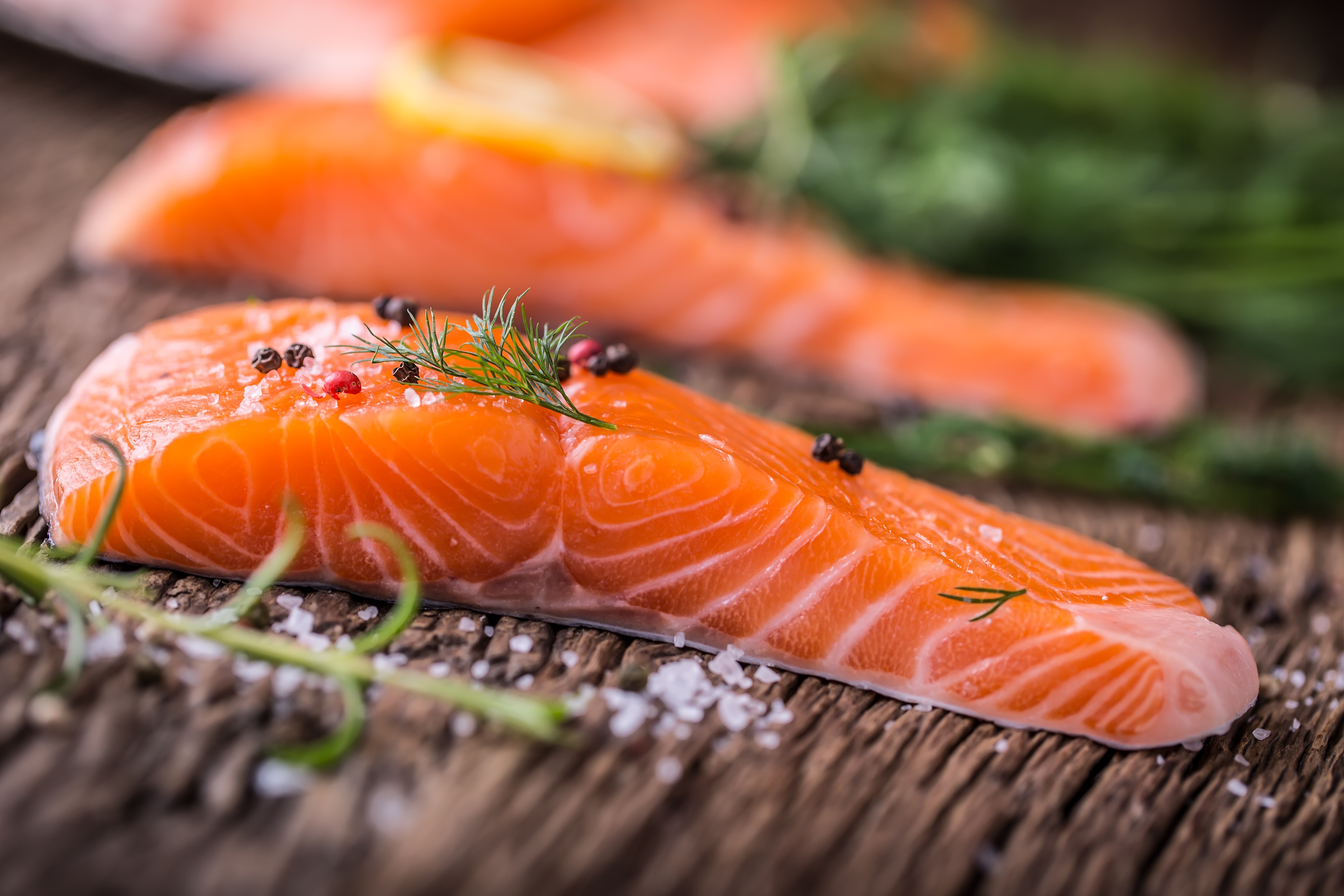 NEWS: Copper River Salmon has returned to Crowd Cow! Claim your share and taste the buttery flavors of a fish born of 300 miles of cold, glacier-fed, fast-running water. As Tom Douglas, a James Beard Award Winner, said it, “It's the most pristine wild salmon in the world.”

Growing up in a landlocked town I always equated fish to sticks, or something to serve with chips. Later I encountered buffet tables of pale pink salmon, steamed to oblivion. Dry, chalky, and oddly-flavored -- it wasn't until the cedar plank goodness of Ballard's own seafood fest that I first delighted in the smooth richness of real wild salmon. That was only the tip of the Alaskan iceberg though. Not all salmon is created equal, and wild King and Sockeye salmon from the Copper River in Alaska rises above other salmon like A5 Wagyu above common beef.

Flavor Unlike Any Other
Copper River Salmon is the wildest and freshest salmon you may ever taste. Due to the rarity and high demand of this highly conserved resource, each fish is treated and prepared with utmost care and air freighted. Yes, this fish flies first-class.

It's high Omega-3 content ensures a rich and smooth taste. It's crisp skin is a treat on it's own. “Neptune's bacon” stars in the salmon skin hand rolls treasured by sushi connoisseurs. Copper River Salmon is just more decadent than other fish. The flesh is very tender and moist. The tone a bright red from feeding on tiny ocean crustaceans and not a food additive given to farmed salmon.

Alaska’s Copper River produces the best salmon in the world. It's a cold, powerful, and rugged river. In mid-May centuries after centuries, Sockeye along with a few King head back to their ancestral spawning grounds. The hard upstream swim requires that they have built-up fat stores for fuel and insulation, which means more healthy, richness-giving omega-3 fatty acids. Salmon have an innate ability to find their native spawning grounds, this ensures these amazing fish are different than those that spawn elsewhere. This precious gift is handled with extreme care by the fishermen and women who catch them--are flown directly into SeaTac International Airport, where local chefs and fishmongers wait on the tarmac to claim their allotments.

Fresh vs Frozen
Where salmon is concerned, frozen is usually better than fresh. Flash freezing locks in the freshness of the fish just hours after it is caught. Fresh, never frozen, fish is only as fresh as the time it took to get from the boat, through processing, transportation and distribution, and then the time it’s been sitting behind the counter. During that time flavor and nutrients degrade, whereas flash frozen salmon is preserved at its very best. And much of the “fresh” fish at the seafood counter is actually just thawed, previously frozen, fish. Unless you’re eating on the fishing boat “fresh” is unlikely to be as good as flash frozen.

Also, that amazing sushi you had? That was previously frozen. Flash freezing kills parasites in the fish, so the FDA requires that sushi-grade salmon be frozen. Done right, this doesn’t hurt the flavor or health benefits of the fish. And thawing is easy. Like frozen meats, just leave it on a tray in the fridge over-night, or thaw it under running water (still in its vacuum-sealed packaging).

Make sure you skip the buffet and grill some Wild Copper River Salmon from Crowd Cow.

King and Sockeye Salmon Fillets will be available on Crowd Cow for the West Coast and East Coast starting on June 25, 2019.

The story of Craft Beef on The Intellectual Agrarian

I recently spoke to Terrance Layhew, the host and creator of The Intellectual Agrarian about Craft Beef [https://www.…