Imagine that last summer, one of the popular soft drink makers encountered a production issue that caused people all over the country who consumed their products to become sick. You wouldn't expect Consumer Reports to say something like, 'based on our investigation, we recommend that you throw away any soft drinks of any brand that you may have purchased last summer.'

Consumer Reports wrote: "If consumers still have any ground beef or sirloin trimmings in their freezers purchased between mid-July and the end of September of this year, they should not eat it."

Basically, they told the entire nation to throw away anything purchased last summer in an entire category of food.

All of this just underscores the utter lack of transparency and traceability that exists in the mass market for meats in this country.

Their eye-opening conclusion followed a simple analysis that took into account the sheer quantity of beef involved, the fact it beef at that scale is typically distributed, re-distributed, packaged and re-packaged before hittig retailers that it simple lacks any identifiable information that might help anyone identify if any particular package of ground beef was amoung the specific affected lots. When the news broke, they also pointed out that the Department of Agriculture’s Food Safety and Inspection Service had not provided a full list of retailers that had even received the product.

In short: they concluded that when it comes to ground beef, nobody, including the government, retailers or you at home, can possibly tell where it came from. 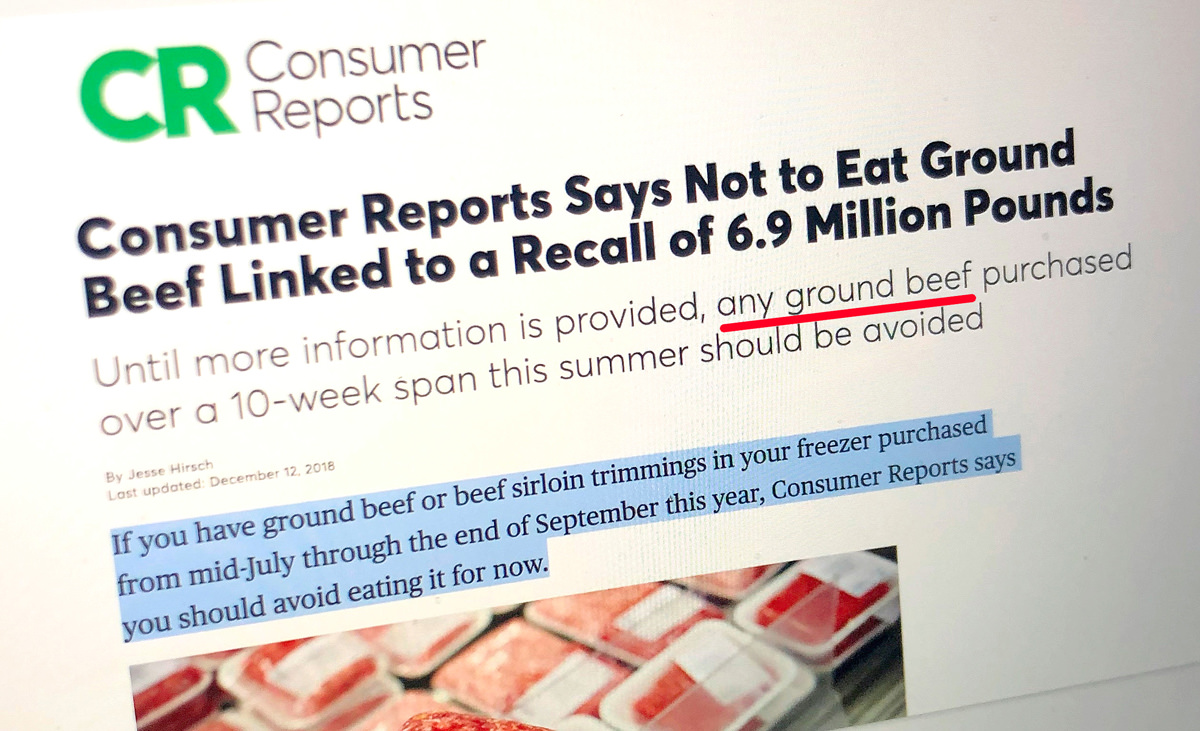 As we've previously written about, food recalls in the United States have become commonplace, happening every other day on average in 2018.

It's insane that meat — so central to our culture, our health and our taste buds — is so commoditized and dominated by a handful of super-scale producers — and so disconnected from it's source — that when a recall like this happens, the best the industry can do is to throw up their hands and say "It's all gotta go."

The incident also exposed the shenanigans that contribute to the confusion caused by lack of transparency and traceability — the use of fake, farm-sounding names used to masquerade the products on store shelves.

This is all to say, it's more important than ever to know where your food comes from — right down the actual name of the farm.

At the grocery store, consumers have better choices when it comes to other important food categories, like coffee, chocolate and beer — but it wasn't always that way.

Thankfully, when it comes to meat, we now have Crowd Cow.

Why is it important to know where your food comes from?

Ask anyone “if” it’s important to know where the food you eat comes from, and nearly everyone will…

How to make A5 Wagyu Tallow and unlock hero chef status

A5 Wagyu beef fat, when melted, is a clear oil, packed with heart-healthy oleic acid. By making this A5…